Even if the building was constructed according to the project assumptions, and even if its low energy consumption and ecology was focused on, and even if huge amounts of money was spent on the best quality materials, in the end it may turn out that there are thermal bridges in the building, that is places through which heat escapes from the building. This is most often caused by inadequate tightness of thermal insulation and continuity of external partitions as well as improperly fitted windows and doors. Neither a precise calculation of the heat transfer coefficient for selected materials nor the best heating system available on the market will help with this issue. What can the buidling owner do then? Now the most important task is to properly diagnose the building's leaks and all its thermal insulation weaknesses. A thermal imaging survey can surely help.

What can be seen on a thermogram?

An infrared mapping is carried out using a specialised thermal imaging camera (thermograph) which records the radiation emitted by the building and displays it in the form of a digital image. The thermograph's camera, using infrared radiation, records an image documenting the distribution of heat energy in the building and its passage through its partitions. The test results are obtained in the form of a printed or digitally recorded image (thermogram), which shows the temperature distribution map of the object. The image can be presented in monochrome or colour. If anyone has seen a similar image e.g. on TV, they will know that red and orange colours indicate the warmer places in the building, while purple and dark blue indicate the colder ones. 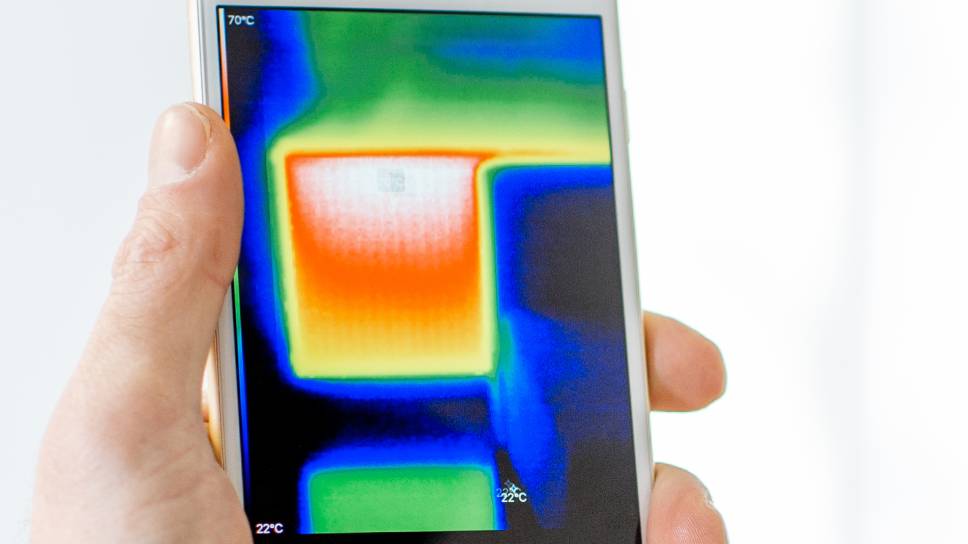 A thermogram will allow checking, among other things:

Thermal images can be taken of both the external and internal surfaces of a building. An optimal (full) thermal imaging survey includes a complete, double camera recording, but the resulting image will vary. Images taken outside the building will show areas of heat loss in red, orange or yellow, while thermal images taken inside the cold zone will show blue, purple and dark blue areas.Thermal imaging surveys can be carried out before a building is commissioned, while it is being inhabited, or before a planned thermomodernisation. They are then carried out in accordance with the current European standard PN-EN 13187.

A full thermal imaging survey usually takes several hours. Optimal conditions for carrying out such activities is when the temperature difference between the interior of the house and the surroundings is at least 15 degrees Celsius. It is also recommended that the day is not too sunny during the survey. The examination may also be carried out at night.

How much does a thermal imaging survey cost?

There is no universal price related for a thermal imaging survey. The costs depend on the region where the tests will be carried out. Certainly, it will be cheaper to carry out an examination using a simplified method, which involves less documentation and an easier measurement procedure. You will not pay more than several hundred zlotys for such a service. A full survey along with drawing up a protocol for judicial purposes, taking photographs, documenting them and enclosing relevant reports will cost even several thousand zlotys (e.g. in the case of a house with an area of 250 m²).

We are pleased to announce that on January 31 - February 1 we will participate in the 2018 Sprayfoam Convention & Expo, which will take place in Mobile, Alabama. This is an annual meeting of the most important companies in the spray insulation industry on the US market. we invite you to visit our stand at number 621 at the Arthur R Outlaw Convention Center between 2:00 pm - 6:00 pm.

We received a certificate for Purios 500 - ICC-ES®. This document not only confirms the high quality of the product, but also allows us to freely introduce our foams to the US market, which is the most demanding. It is also a confirmation that the Polish product can compete and win with American foams.